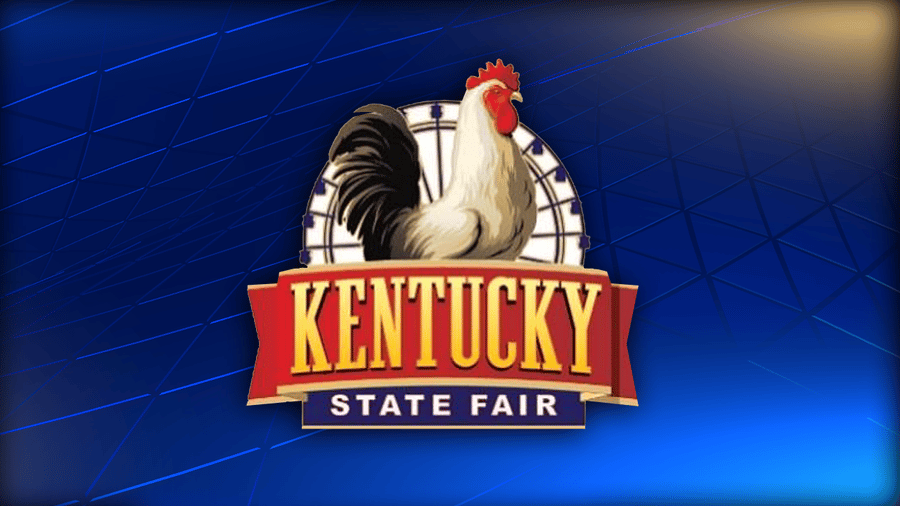 Posted at 14:23h in Featured, News by Broadbent 0 Comments

We are proud to share that Broadbent’s traditional cured ham brought home our 18th Grand Champion prize this past week at the 2017 Kentucky State Fair. We are honored to continue the 100 plus year tradition of curing hams.  Broadbent also won in classes 1,2,3 and 4 during the show, with one of those going on to become the Grand Champ. 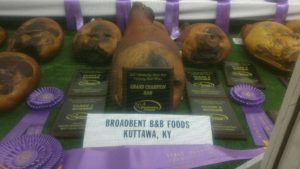 Our hams begin the curing process over 9 months in advanced. When the time comes Ronny Drennan, owner of Broadbent B & B Foods chooses the best of the best with a little help from family to enter in the competition. The best hams for all competitors are judged based on aroma, shape, color, and ratio of lean-to-fat. There is tough competition in the commercial category and we are proud to have such strong competitors from across the state.

What’s next for the winning ham? On Thursday, August 24, 2017, the ham was auctioned off at the Kentucky Farm Bureau’s ham breakfast charity event. The auction winner pays the bid to the charity of his/her choice. Often the charities are local and at the heart of the auction winner. It is fun to speculate on what the year’s ham will bring at auction.  Commissioner of Agriculture Ryan Quarls predicted it would bring $750,000 and even though the ham fell short of that prediction it still brought a whopping $325,000.   The most notable auction was three years ago when our champion ham sold for $2 million. That year was above and beyond the usual, but it is frequently that the ham will bring in six figures annually for a charity.

We are proud to have another record winning season on the books.