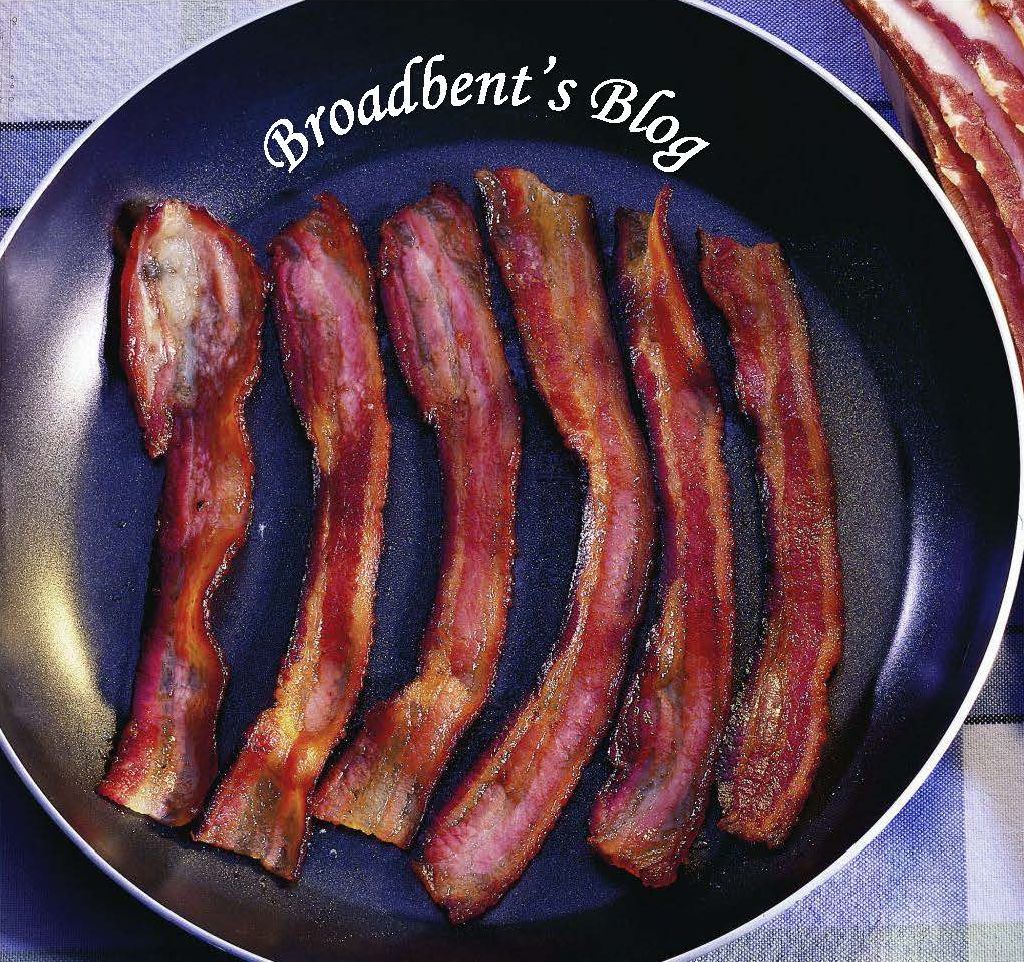 A lot goes into what we do here at Broadbent’s, and for that reason, we take great pride in what we do. So, when one of our customers, a company known as “Mantry”, recently wrote about the different bacons they have used and included us in a blog that was titled “The Best Mail-Order Bacon”, we were floored. Below is a snippet from their write-up that we felt described Broadbent’s Country Bacon perfectly.

“A still sunrise, a mug of strong coffee, and the aroma of bacon crisping in cast iron might as well be an American pastime; and Broadbent’s has been woven into many such moments for over 100 years. Broadbent’s is dry-cured and smoked the old-fashioned way, resulting in a bacon perfect for baked beans, or a big breakfast.”

The methods of dry curing meats that Broadbent’s uses have been used in and around Appalachia for well over 100 years, and for good reason! Dry-Cured Bacon has much more flavor than your typical “Water-added” grocery store bacon.  After being pulled from the cure, the sides of bacon are cold smoked with regular resting periods over the course of several days (sometimes as long as a full week depending on the weather!) This “low and slow” approach allows the rich smoke to fully and evenly penetrate and flavor our dry-cured bacon to perfection.

Our Hickory Smoked Bacon definitely carries a flavor associated with a great many Kentucky Foods.  Because Hickory wood is abundant here in Kentucky, it was naturally used for smoking meat.  The prolonged exposure to hickory smoke adds a delicious, strong flavor to our quality sourced pork bellies.

Though our methods may be old-fashioned, bacon is still a staple for many Americans, being consumed in the average household weekly.  Bacon is no longer considered just a breakfast food.  It is a sandwich in and of itself, or a topping for a variety of sandwiches, plus a topping for salads, baked potatoes, pasta dishes and much much more.  Enjoy Broadbent Smoked Bacon by the pre-sliced or by the uncut 5lb slab!