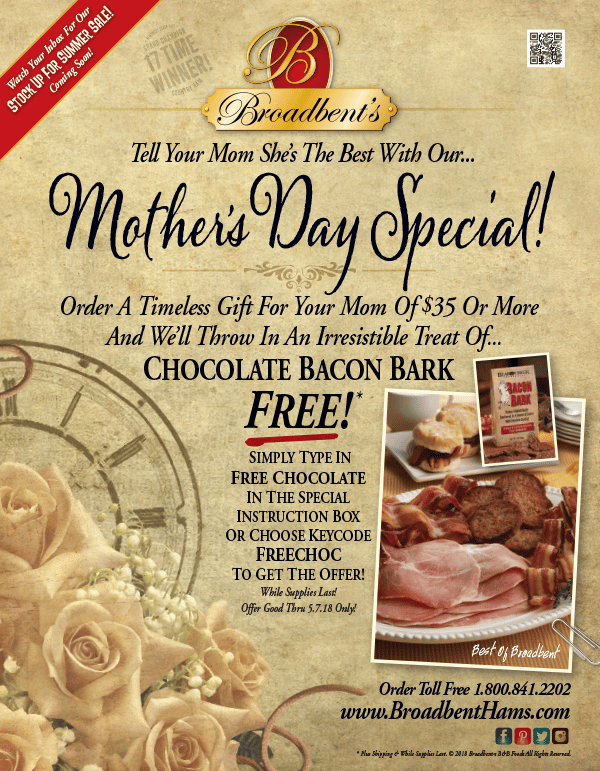 Posted at 17:34h in Tips by Broadbent B&B Foods 0 Comments

The month of May includes The Kentucky Derby, warm weather, the blooming of spring and summer flowers, cookouts and the opening of most pools on Memorial Day.  May also brings Broadbent specials such as our Mother’s Day Special! 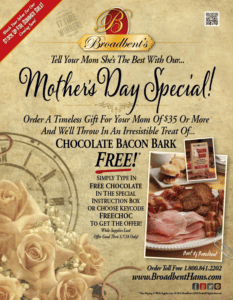 The Mother’s Day special offers a free bag of Chocolate Bacon Bark with the purchase of an item for $35 or more. You could cook your mom a hearty breakfast and offer her chocolate for dessert! When proceeding to check out type FREE CHOCOLATE in the special instruction box or you can choose the keycode FREECHOC to get the offer. Be quick though, this offer is only good thru May 7, 2018.